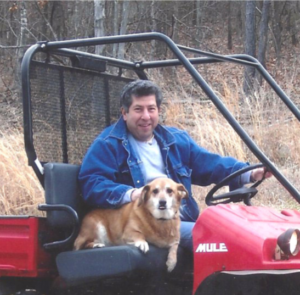 What do you love about The Episcopal Church?
Having grown up Roman Catholic, I like the Episcopal Church because it is so similar to what I grew up with. I believe that the Episcopal church strives to be inclusive and more responsive to congregants’ needs. Also, I like the fact that the priesthood is open to both women and married people.
What do you think All Saints’/Todos los Santos provides our Northwest Arkansas community, and Bentonville in particular?
We are a congregation that is very diverse and welcomes everyone.
What are you most excited about at All Saints’/Todos los Santos?
Our relationship between congregations, both have developed a great respect for each other. Both Mother Sara and Padre Guillermo have built a relationship with both congregations that brings us together.
What’s something interesting about you that most people wouldn’t know just by seeing you on Sunday morning?
I was blessed to have traveled throughout the USA and also many foreign countries. I had a passion for visiting sacred places such as churches, missions, monasteries and temples. To experience these places just continued to build my faith in God. It was a feeling that is hard to express in words. Of the many places, Mother Teresa’s humble living quarters and small chapel were places where I felt her spirit come over me.