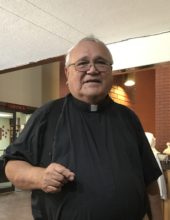 While a student in seminary, I pastored a church whose members were primarily American Indian.  There were members of Choctaw, Apache, Navajo, Delaware, Sac and Fox tribes, altogether there were represented 13 different tribes who made up the church membership role.    Most were sent to the Dallas/Fort Worth metro by the B.I.A. to learn a trade, trades such as refrigeration, auto body repair and plumbing the relocation program was designed to rapidly assimilate the reservation Indian and ultimately terminate tribal identities.  The training was to allow the Indians a means of employment in large cities or to be taken back to the reservation where at that time most did not have electricity or running water.

One day one a “relocation” student’s wife, suffering from home sickness, depression and demonstrating total despondency shared her quandary of going back to the reservation or remaining in the Dallas/Fort Worth Metro area.  By going back to her home she would experience, normalcy, comfort of culture and family but suffer the estrangement from her husband, or she could remain in that strange, lonely environment of the metro area so that she could have the fulfillment of her marriage to the man she loved.

What could she do?  She was so deeply mired in quick sand sinking in a fear she would disappear.

“Have you prayed about this decision?” I asked.

Her answer to my question was, “If I prayed would God understand me?

My first thoughts to myself were, “Of course God understands.”  Then I realized all Verna’s exposure to the Christian message had been transmitted to her was about a “A White God and A White Jesus.”  As a child Verna attended a government boarding school where the children attended classes in religious education.  There the children were given mimeographed pages of Gospel stories to color with crayons.  Those bible story pictures were of Jesus a tall, graceful handsome White man with light brown shoulder length hair.

When the Indians of Saddle Mountain became Christians they were told they had to cut their hair, change their dress style and construct a building to worship correctly.  The new Christians organized a wagon train to the nearest rail head to gather materials needed to construct a proper house of worship.

My memory of that building is still clear in my mind.  In fact if you were to see a picture of a New England village church, you would see the same construction.  You see the missionaries were from Eastern Canada and the Northeastern region of the United States, therefore the building was in their opinion an example of a proper church building.  That building had pews in rows so that the people would sit with their backs to others.  There is a stained glass window in that building of Jesus in flowing robes, sandals, long hair, talking to folk sitting on the grass facing others in a circle around Jesus.

Anne Lamott is the author of several books that share the story of her faith journey; a single mother, alcoholism, depression, and then Christianity.  Anne Lamott writes honest though sometimes a weird proclamation of the grace of God.

Here are some quotes from her writings: “But there wasn’t a single thing that I’d do that Jesus would say, ‘Forget it, you’re out, I’ve had it with you, try Buddha!’ “

And another quote, “The difference between God and you is that God doesn’t think He’s you.”

Here is a song about prayer by

Lord I Hope This Day Is Good

In the movie, Milagro Bean Field War there is character who is old, feeble, wares thick glasses and who talks with an angel that only he can see when he visits with the angel.  The old man is named Amaronte Cordova.  Each morning as he wakens from his night’s sleep in his rickety shack, he prays, “God, I thank you for allowing me to have another day.”

Jesus prayed, “And now I am no longer in the world, but they are in the world, and I am coming to you. Holy Father, protect them in your name that you have given me, so that they may be one, as we are one.”

Here are lyrics to another song about prayer.  This song seems to paraphrase Jesus’ prayer.

Oh Lord, keep your eye on my friends

I’ve got to roll, take a little spin

While I’m gone, keep your eye on my friends

Nothing more, nothing less

One more time could you just say yes.  Kevin Welch

Jesus knew that his time was limited. Prayer was needed and welcomed by the disciples. Jesus’ prayer was asking for the help that his loved ones needed at that time and what they would need in the future.

“And see, I am sending upon you what my Father promised; so stay here in the city until you have been clothed with power from on high. Holy Father, protect them in your name that you have given me, so that they may be one, as we are one.”Jn 17:11

Jesus prayed for those he loved and you are expected to pour out your heart-felt desires in the language of your soul for those you love.  But know this: God’s love is even greater than you are capable to know.

Thanks be to God

This site uses Akismet to reduce spam. Learn how your comment data is processed.

Welcome to our service of Holy Eucharist this Second Sunday of Advent!